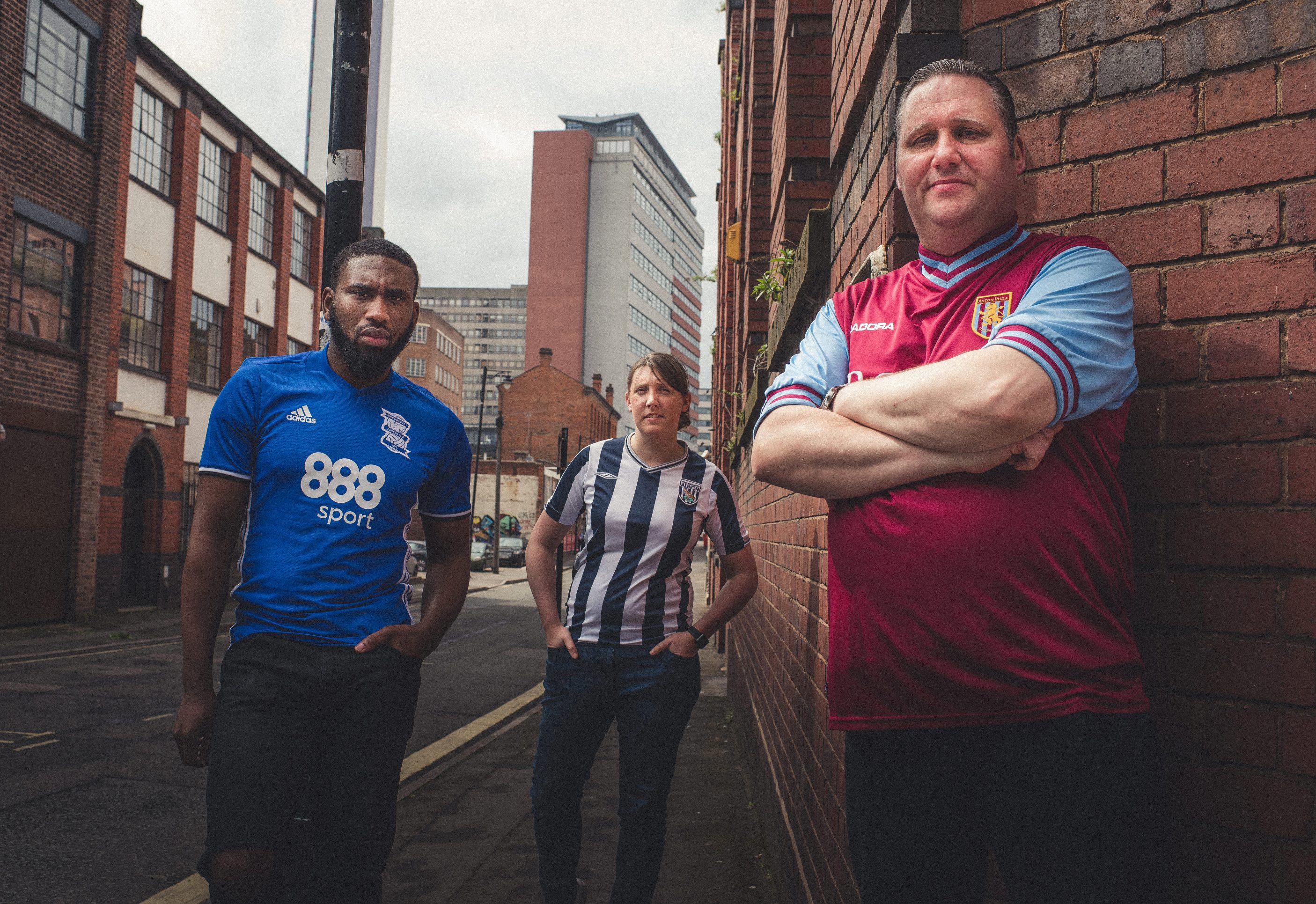 The drama of theatre meets the thrill of football in Birmingham Repertory Theatre’s production of STADIUM which can be seen on BBC iPlayer from today, coinciding with the start of the new Championship football season.

STADIUM is a collection of real stories as told by Birmingham City, Aston Villa and West Bromwich Albion fans, whose extraordinary memories and unconditional love for their teams come under the spotlight painting a unique picture of the sport and its fans.

As excitement builds for the start of the new Championship football season, the live capture of the production, commissioned by The Space, will be available to view, free of charge, on the BBC’s iPlayer service.

Exploring football versus theatre, team rivalry, mascots, local history and even Peaky Blinders, STADIUM features interviews and insights, music and songs from local fans and inspirational supporters. From a bagpiper who has played at hundreds of matches to local legend and Baggie fan Blind Dave Healey; the bride who got married in the colours of her beloved Blues to the Villa Rockets Powerchair football team, STADIUM brings together many voices but with one thing in common – absolute passion for the game.

For STADIUM, director and creator Mohamed El Khatib met and interviewed hundreds of fans at local matches. He said:
“Football is a real passion of mine – I’ve been a fan and player since I was six. For me football is a kind of education, it brings people closer together and it’s an experience full of unexpected encounters. It is sometimes said that football fans are the best audiences, confirmed by an obvious proof of unconditional love for the sport. Stadium highlights the energy, the commitment, and the beauty that can originate from football.”

Mohamed El Khatib is an author, director and performer based in France. A leading voice in French contemporary theatre, his previous work has garnered success at Avignon Festival with shows including A Beautiful Ending – based on interviews with his mother and I Corrine, Dadat – a part fictional, part documentary portrait of a cleaning lady. His work brings together drama with other media such as film, installations and newspapers to observe the friction they produce.

STADIUM is part of Furnace, The REP’s pioneering three year programme to collaborate with bold artists and make extraordinary work which celebrates communities. The first project took place last year with ‘We’re here because we’re here’, co-produced by The REP and the National Theatre to commemorate the Battle of the Somme. This summer as part of Furnace, four emerging artists have created work with and for local communities in Ladywood, Alum Rock, Erdington and West Bromwich with a fifth artist working in Sparkbrook in the autumn. Furnace will culminate in 2018 with a joyously large-scale production of The Comedy of Errors, directed by Kwame Kwei-Armah.

About The Space
The Space is a commissioning and development organisation, established by Arts Council England and the BBC to support greater digital access to the arts. The Space is committed to supporting and facilitating the UK arts sector to realise its digital ambitions. The organisation commissions arts projects and provides a production and distribution pipeline to ensure that these projects reach a wide and diverse range of audiences.

Stadium is available to view on BBC iplayer until 6 September: http://www.bbc.co.uk/iplayer/episode/p05939yf/stadium