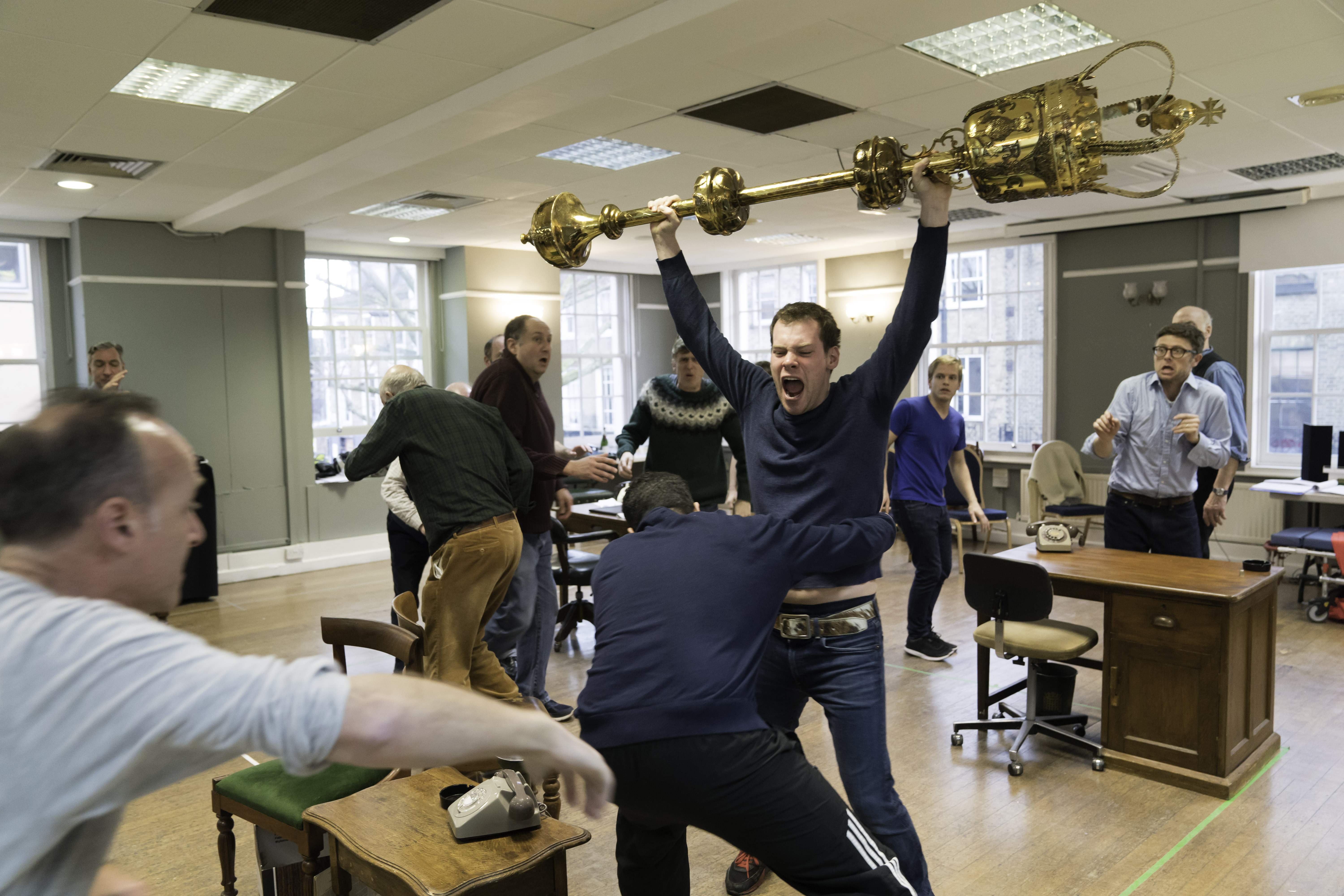 The casting has been announced for James Graham’s critically acclaimed and prescient political drama This House which is coming to Birmingham Repertory Theatre 17-21 April.

James Graham’s critically acclaimed and prescient political drama takes on a new importance in the current political climate. Are we in the midst of a political revolution? Can the country stay united? Roll back to 1974… The corridors of Westminster ring with the sound of infighting and back biting as Britain’s political parties’ battle to change the future of the nation, whatever it takes.

In an era of chaos, both hilarious and shocking, when votes are won or lost by one, there are fist fights in the parliamentary bars, high-stakes tricks and games are played, and sick MPs are carried through the lobby to register their crucial votes as the government hangs by a thread. This House strips politics down to the practical realities of those behind the scenes; the whips who roll up their sleeves and on occasion bend the rules to shepherd and coerce a diverse chorus of MPs within the Mother of all Parliaments.

★★★★★
“A funny and moving political epic”
The Times

Directed by Jeremy Herrin with Jonathan O’Boyle, the production is designed by Rae Smith with lighting design by Paule Constable and Ben Pickersgill on tour, music by Stephen Warbeck, choreography by Scott Ambler and sound by Ian Dickinson.

Jeremy Herrin is Artistic Director of Headlong. For the National Theatre his directing credits include People, Places & Things which transferred to the West End and opens in New York in October. For the RSC he directed the world premiere of Hilary Mantel’s Man Booker prize-winning novels Wolf Hall and Bring Up the Bodies, which transferred to the West End in May 2014 and Broadway in March 2015 and for which he won the Evening Standard Award for Best Director and was nominated for an Olivier and Tony Award.