Built in 1872, the ornately Victorian No. 16 Grosvenor Road, today, sits unassumingly in the middle of a Perry Barr street. However, sat amid the fascinating mish mash of architecture, No. 16 hides away a secret.

In 1945, the building became the family home of the Taylor’s, who soon converted part of the house into a recording studio. The foundations were laid for Birmingham’s Hollick & Taylor Studios.

In the early days, the studios catered for military bands, brass quintets, traditional jazz groups, school choirs and folk singers. Hollick & Taylor even produced 78 rpm records for ice rinks in 1951 under the name of the ‘Potomac – Ice Dance’ (and a roller skating series too).

By the late 1950s the studios were recording a wider range of artists such as rock & roll band ‘The Rhythmaires‘ and more commercial ventures for local brewery Ansells (Bruno Song). Audio brands QUAD and Wharfedale, also used Hollick & Taylor during the 50s, as an alternative to the larger London studios, and embarked upon a series of Live vs. Recorded recitals in their quest to create more realistic sounding speakers.

TV and Radio productions were possibly the biggest success story for Hollick & Taylor. The original sound effects for Gerry Anderson’s Thunderbirds were recorded in Hollick & Taylor, as were those for his Stingray series (click here to watch a live recording at H&T in 1965).

Hollick & Taylor also devised a ‘Supermarionation lip-sync unit‘ for AP Films (more info) which was later used on Anderson’s other puppet productions such as Fireball XL5, Captain Scarlet and Joe 90. The sound effects for hit series Room at the Top and the war film The Guns of Navarone were also dubbed at H&T.

During the early to late 1960s, large numbers of R&B soul, garage, pop, and psychedelic beat bands recorded their ‘cool’ music at Hollick & Taylor (the smaller Zella Studios on Essex Street was also popular with Black Sabbath, Norman Haines, Band of Joy and others).

This ‘Brum Beat‘ era was to be the studios heyday with a various mix of musicians and groups recording and visiting, such as the Four Squares, Psychotic Reaction (who presumably took their name from the early U.S. garage song of the same name), the Mavericks, the Move (who provided BBC Radio 1 with their first aired record), the Fortunes, the Rockin’ Berries, Pat Wayne & The Beachcombers, the Applejacks, Spencer Davis, The Moody Blues and Jeff Lynne.

Hopeful psych bands such as Atlanta Roots from Bolton would appear, record, and then vanish into obscurity, whereas other, more progressive local groups to record such as Bachdenkel and Unicorn, had more longevity, but remained off the commercial radar.

Claims to fame include John Bonham (of Led Zeppelin) making his first recording in the studios when he played on “She’s A Mod” by The Senators in 1964. The track was later used in the soundtrack to an influential movie “Steppin’ Out” which featuring Britain’s dance trends and fashions. A very young Noddy Holder also began his music career in Hollick & Taylor.

More whimsical artists to record at the studios include Cliff Richard, Ken Dodd, Roy Wood, Jasper Carrott (with his Funky Moped), the brass band rendition of Brighouse and Rastrick’s Floral Dance and DR Who inspired group ‘The Earthlings’ (who recorded a rare instrumental track which was banned by the BBC because it used morse code signals).

Birmingham’s cultural diversity has also been reflected in the studios over the years. Reggae legends such as Jimmy Cliff and Steel Pulse (early sessions) have utilised the studios, and more recently Black Voices (resident ensemble at Town Hall/Symphony Hall).

In 2008, new life was breathed back into the studios when they were revamped in a £1.5 million project to create a new state-of-the-art recording facility. £1.2 million was granted from the Arts Council and £300,000 from Adventure Capital Funding to Black Voices who continue to play a role in the running of the studios. Around this time Hollick & Taylor became the ‘Centre for Music and Arts Technology’ (CMAT) and more recently the name was changed to the simplified ‘Grosvenor Road Studios’.

Today Grosvenor Road Studios is a not for profit organisation governed by a group of Trustees with vested interest in the local community. The aim is to invest in people, providing necessary and relevant services and opportunities for the communities of Birmingham.

Grosvenor Studios also has links with local initiatives such as Reach Charity and Reconnected who develop partnerships with local businesses enabling them to support the local community.

The most recent news from Brum’s oldest recording studio comes from a local dance music label called City Volts with their latest Vinyl Only EP currently sitting at number 2 on the Juno chart and was played by Gilles Peterson on his BBC Radio 6 show (purchase from Juno.co.uk). The EP was mastered at Grosvenor Road.

GRS has 2 in-house sound engineers, Mikey Godfrey and Paul Snook, who oversee and manage the studio bookings. Both from Handsworth.

Paul worked in New York for over 20 years and owned his own music studios.  He is a producer, artist, songwriter and works with all genres of music to include classical, theatrical, hip hop, dub step etc. Paul moved back to Birmingham to invest his experience and give back to the community. He currently works with of local artists and support to nurture young talent by mentoring placement students into sound engineering.

Mikey is a recording engineer and music producer with extensive experience of the industry. Aside from his professional work, as a local resident, Mikey is keen to develop and share his skills and knowledge with the new generation by getting involved with a number of school projects and and is currently working with a homeless hostel in Birmingham to bring opportunities to nurture those with musical talent.

A range of facilities including three recording studios, a video-editing suite, meeting rooms and offices are available in GRS. 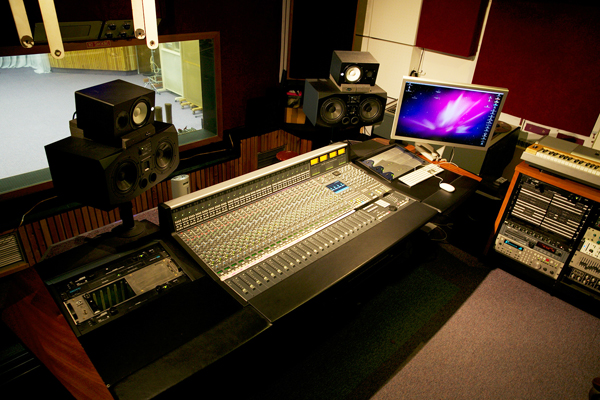 At 88Sqm, this is on of the largest recording spaces in the Midlands.

Ideal for writers and composers.

Many local bands and musicians are not aware that the recording studios are still in operation, but the music legacy and fully equipped studio room provide the perfect opportunity for creativity to flourish. There are no advertised rates for studios but they are comparable and competitive with other studios in the Midlands.

While the Taylor family no longer reside in the area, the musical legacy of Hollick & Taylor continues today and should be championed as part of the city’s long and diverse musical heritage.

For more information and bookings:

Research and article by Nick Byng.