Carnival Magnifico is the new brand grown from the humble yet renowned Seedy Sonics summer party held at the Rainbow every year in June. Each year music lovers are invited to welcome in the summer with a night of music from across the dance genre, glitter and colourful vibes spread across the Rainbow arena, warehouse, Blackbox, rooftop and kitchen venues. It always promises to be an unforgettable event where hedonistic music lovers can let their hair down and dance all night in anticipation of a summer of festivals, road trips to the beach, cocktails and of course, parties. 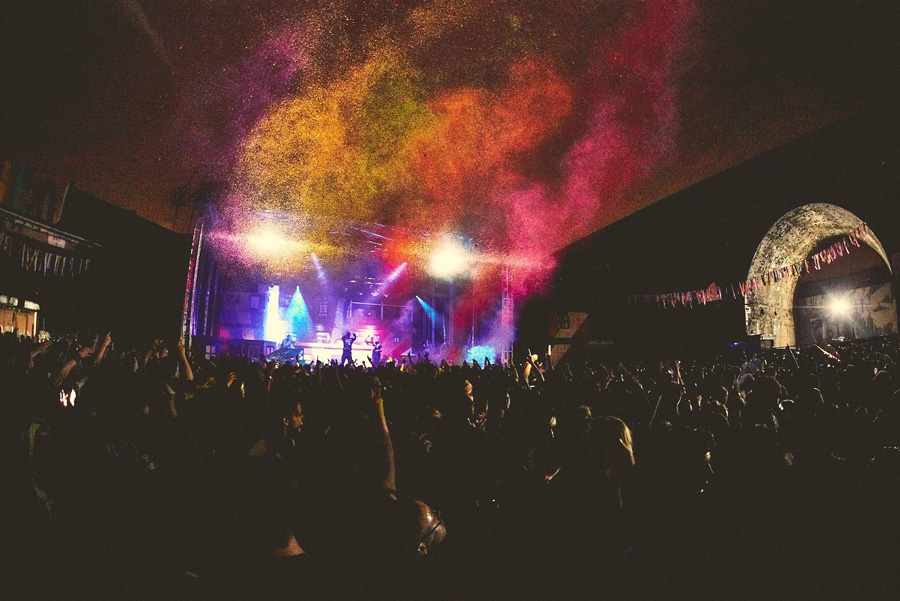 One thing that needs to be addressed before delving any deeper into last Friday’s event itself is how the crowds and queue situation was managed in light of the poor weather. Arriving just before last entry at 10pm seemed like a smart idea to me and my friends, and we were pleasantly surprised to see a short queue when we arrived, thinking the madness would have died down already. But when we got through the car park, that deceiving drizzly rain that gets you soaked began to fall on the arena and we found ourselves desperate to get inside.

There was no proper queuing system into the kitchen and a band of 30+ people were all pushing one another to try and find a gap to squeeze through. It seemed that no one was being let in and the mass of people pushing was essentially forming a barricade between the outside and the room.

Inevitably me and my friends were all split up from each other and a good portion of the night was spent trying to find each other (when we did we clung to each other like our lives depended on it). On behalf of me, my friends and everyone else there last night, next time it would probably be wise to anticipate the volume of people wanting to escape the rain and ensure all entrances had a proper queuing system. 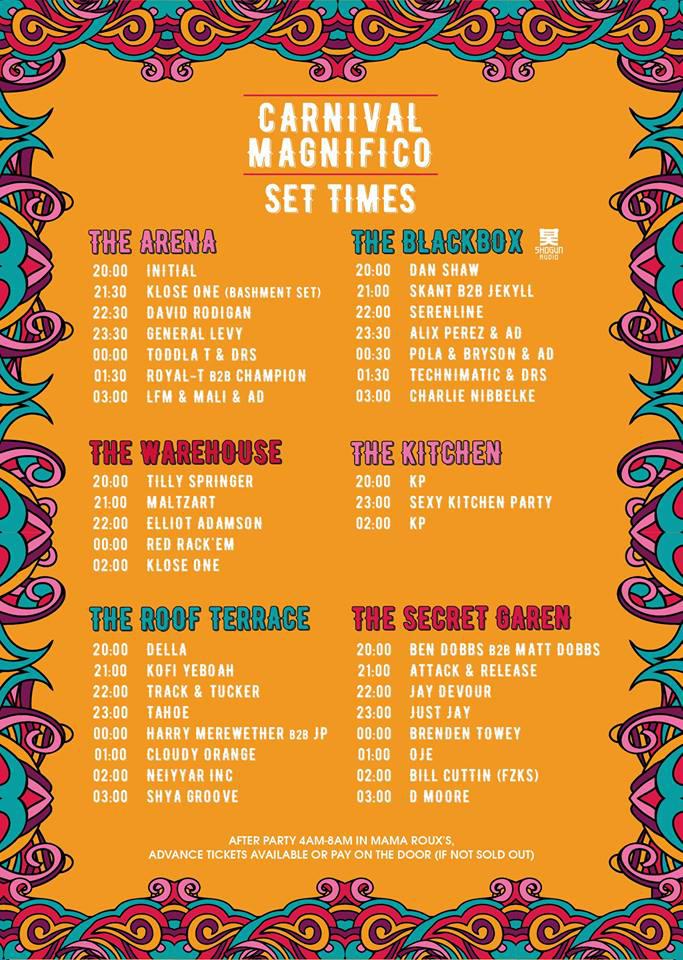 Rain or shine, any event at Rainbow where the arena is open is fantastic. There is something special about a crowd people coming together to dance outside through the night. A colourfully painted ‘Carnival Magnifico’ proudly stood over the arena, and was complimented by the Rio carnival style flags and the favela-like towers.

In terms of the music, the warehouse was pretty much reserved for the house DJs, the kitchen had RnB/Hip Hop vibes (a little different for Rainbow!), the Blackbox was mostly bassline, the terrace as always was reserved for local talent and outside in the arena there was a little reggae to begin with, moving on to bassline and finishing the night with drum & bass.

I didn’t really venture into the Blackbox that was hosted by Shogun Audio other than when passing through to the warehouse. Some of my friends stayed in there for a bit though and enjoyed it. I still haven’t quite got used to the new layout of the warehouse. Maybe I’m just a creature of habit who doesn’t like change, but it feels strange to me.

It was obviously done to make more space but now it kind of feels like everyone is just dancing in one big line? I still enjoyed the time we spent in there as always. Klose One, dubbed as ‘the djs dj’ kept the crowd happy with a mix of classic and fresh new tunes. Check out his boiler room set from last summer to get a taste.

Moving on to the arena, it was a little harder for me to stay enthused because honestly, drum&bass and bassline are not my favourite genres – I’m one of those techno people (represent). That aside, the atmosphere was electric despite the rain. General Levy shouting his mantra ‘Junglist massive’ took me back to bygone Saturday nights at house parties as a 16-year-old, and I couldn’t help but smile.

The undeniable star of the show was Royal T (TQD) though. Even for someone who isn’t a die-hard bassline fan, you have to appreciate TQD and their passion and commitment to the genre.

The undeniable star of the show was Royal T (TQD) though. Even for someone who isn’t a die-hard bassline fan, you have to appreciate TQD and their passion and commitment to the genre. Throughout their set the crowd went wild as Royal T mixed together the best bassline tracks.

In comparison to last year’s event, Carnival Magnifico didn’t quite have the same magical wonderland vibe but that’s probably down to the weather. In true British raving spirit, the party goers didn’t let the rain get them down and the night was a success.

The next Carnival Magnifico event is the Autumn edition, which will be at a brand-new Rainbow venue on 14th October and tickets are already on second release.