1000 Trades is an independent Neighbourhood Bar and Kitchen situated in the Jewellery Quarter, Birmingham.

The business is located in a Grade II-listed building at 16 Frederick Street, and celebrates Birmingham’s rich craft heritage.

Historic England’s archives show that 16 Frederick Street was built in the 1870s and was previously used as a jewellery works. The building was awarded Grade II status in 2004.

1000 Trades champion all forms of craft. That starts with craft beer and natural wine, kitchen residencies by food entrepreneurs, all to a soundtrack prepared in partnership with Birmingham’s music community.  Artwork of local artists is showcased throughout the building and there are various events on rotation.

1000 Trades is a freehouse and makes use of that freedom to only select beers that add something to the world. Some beers are brewed locally, some further afield — all are quality.  Up to 12 beers on tap, carefully chosen to complement each other.

The bar only stocks wine and spirits of distinction. The natural wine is served by carafe and the spirits are stylishly uncomplicated. Soft drinks are refreshing with many of 1000 Trades products being organic.

1000 Trades operate kitchen residencies, meaning that the food is characterised by evolving variety; often, but not always street food.

It’s a perfect platform for talented food entrepreneurs, both established and new and up-and-coming.

Sundays offer up something unique, with ‘Jazz//Roast’ – live jazz and proper Sunday roasts, served from midday until they run out — see the Sunday menu here>>

From showcasing independent labels to hosting 1000 Trades very own high quality sound system, you can actually hear what your friends are saying, music is never an afterthought and there’s just enough room for a boogie if the mood is right.

1000 Trades do not restrict themselves to one genre of music.  Rhythm and Blues. Jazz. Funk. Soul. Disco. Indie.  All these are just labels; music is music.

Any visit to the Jewellery Quarter would not be complete without a visit to 1000 Trades, a superb gem which sells you a bit of Brum. 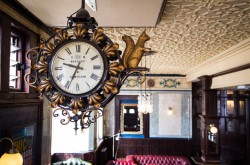 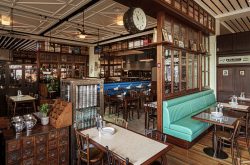 Dishoom is a renowned family of Bombay Cafés & restaurants dotted around the UK. Read more… 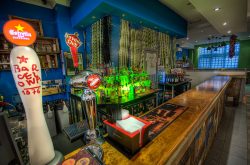 Bodega is a contemporary cantina bringing fresh, homemade South American inspired cuisine to Birmingham city centre! One of four, the other three being in Leicester, Sutton and… Read more…