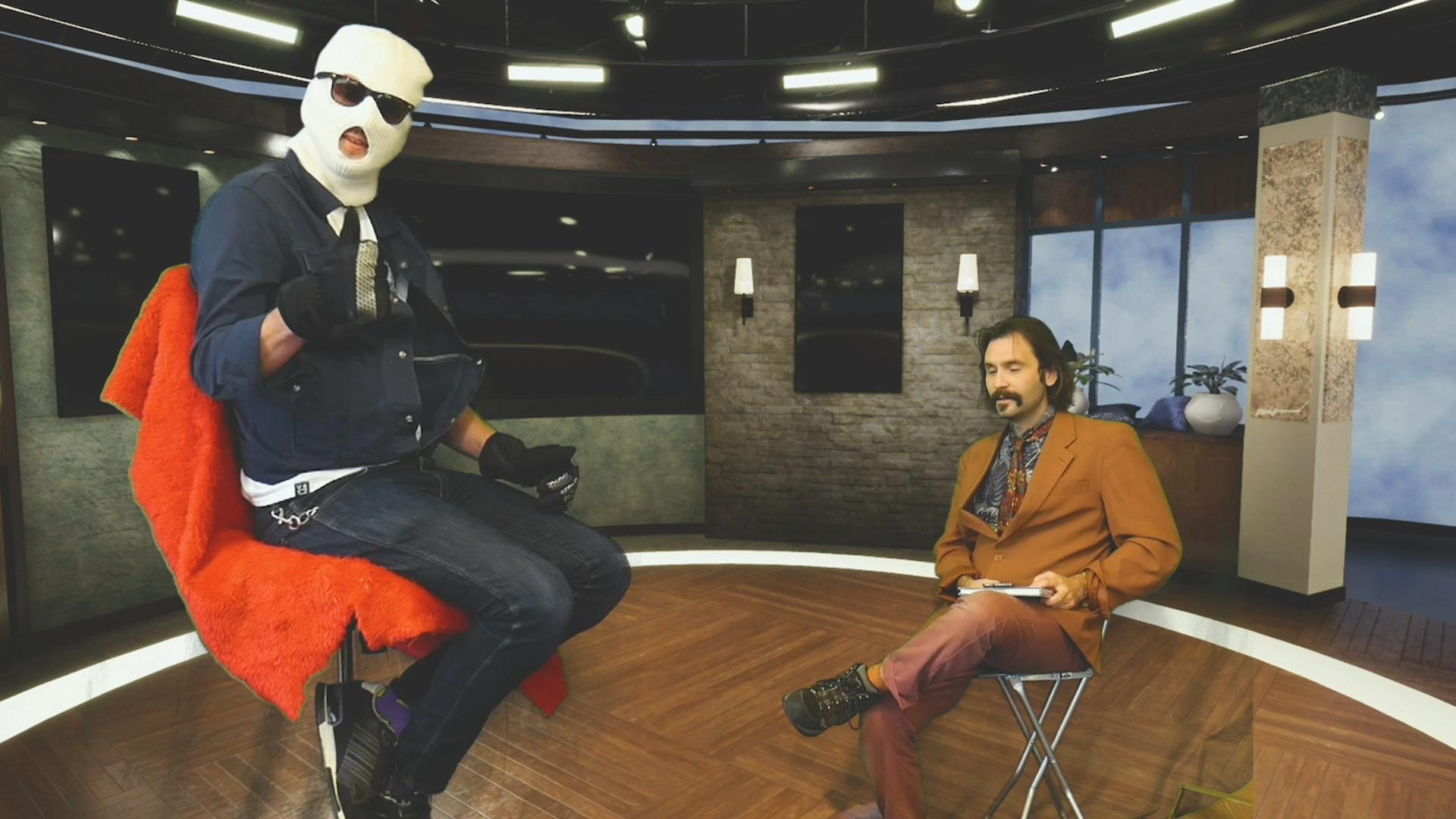 Street artist Foka Wolf has been revealed as the latest addition to Birmingham Comedy Festival 2020.

Responding to the current pandemic, the long-running festival has shifted its emphasis online, with 10-days of special commissions, streamed shows and chats.

Produced in close collaboration with Foka and Tat Vision, the interview finds the heavily disguised artist discussing his career, influences and future.

Foka Wolf’s bold posters have been appearing unannounced across outdoor spaces around Birmingham (and increasingly other cities), for several years. Combining the language of advertising with the power of humour, his works explore complex subjects, such as corporate greed, class divisions, fake news and conspiracy theories.

Often mistaken for legitimate ‘real’ adverts, they regularly go viral, prompting widespread mirth – as well as confusion, and even anger, from those who miss the joke.

Among the artist’s ‘greatest hits’ are posters advertising voodoo classes for kids, a mooted Greggs theme park (compete with Sausage Rollercoaster), and a culling of the poor. A recent project has seen him stray into the grounds of Warwickshire art gallery, Compton Verney.

A spokesperson for Birmingham Comedy Festival said: “We’ve been long-standing admirers of Foka Wolf and love the way he uses humour to explore some pretty big themes about contemporary society and the way we live. Many of his pieces highlight gross inequalities and divisions, and challenge misconceptions; they can be both sharp and dark, yet are typically very very funny too – it’s an impressive skill.”

All online events are free to watch or stream (although donations are gratefully accepted) and will continue to be available for catch-up/ on-demand after the festival has concluded.

Birmingham Comedy Festival Meets Foka Wolf, and the accompanying A Brief Introduction To Foka Wolf, are available to watch now.