What’s on at the Leftfoot Venues in October 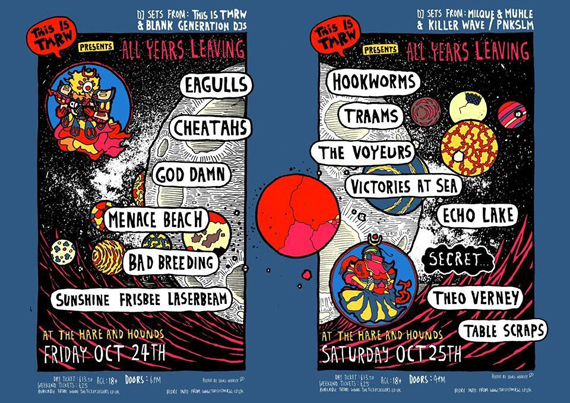 Welcome to the October edition of the Leftfoot Venues Newsletter, where we’ll be highlighting just some of the events and shows that will be taking place at the Hare & Hounds and Bull’s Head in the coming weeks.

Freestyle Returns to the Hare & Hounds

After a summer hiatus, Freestyle returns to the Hare & Hounds with two very special shows. On Wednesday 1st October they’ll be bring the legendary Jungle Brothers to the H&H whose 1988 single ‘I’ll House You’ drastically changed the face of hip hop and dance music. This is a rare chance to catch the hip hop legends in such an intimate environment. Advanced £17.50 tickets are available. Then on Friday 17th it’s a very special double bill with Hackney Colliery Band and DJ Format. HCB will open up proceedings on the night with their high-energy live show taking in Balkan brass, African-inspired rhythms and dance music with DJ Format taking to the decks after to see you through into the early hours. Advanced £12 tickets are available.

Jerry Dammers is a British musician who is a founder, keyboard player and primary songwriter of the Coventry’s based legendary ska revival band The Specials, The Special A.K.A. and The Spatial AKA Orchestra. His influence is felt widely and he is regarded as one of the UK’s most important songwriters. Jerry will be joining Silver Dollar residents for a rare evening spinning a selection of Ska, Reggae, Roots, Soul & Funk. Pick up your advanced £8 tickets. 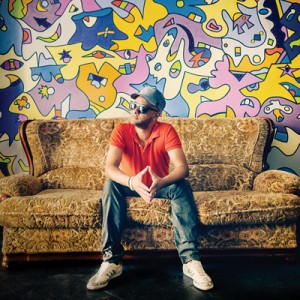 We’re pleased to announce that Leftfoot will be bringing Nightmares on Wax to the Hare & Hounds on Saturday 4th October. This will be their first live show in Birmingham since they headlined Summer Madness at The Custard Factory back in 1996. Fila Brazillia’s Steve Cobby & Leftfoot’s Adam Regan will be spinning a selection of tunes before and after the live show. Advanced £15 are on sale now you can find them on the link above.

Soulvation will be celebrating the release of the film ‘Northern Soul’ by arrangement with the film’s producer Elaine Constantine. The night will feature footage of the making of the film, merchandise and giveaways with a free Northern Soul single given away to the first 25 through the door. DJing the night will be Dave Evison, Ian Dewhirts, Neil Rhuston, Lil Scotty & Clive Jones. Advanced £5 tickets are on sale now.

Annie Eve’s hushed, intense acoustica is going to make waves this year and next. Prepare to be engulfed by this 22-year-old from High Barnet, North London – once briefly the home of Amy Winehouse. She has already supported Daughter, Fionn Regan and Little Green Cars and issued two EPs. Pick up your advanced £8.50 tickets. 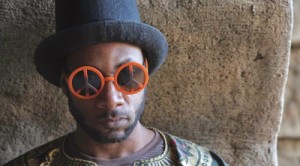 Leftfoot join forces with UTC to bring Seven Davis Jr and Kutmah to the Hare and Hounds. Raised in California, SDjr. is a trained gospel vocalist, raised on the classic vocal sounds of Michael Jackson, Prince, Stevie Wonder and Aretha Franklin. He evolved with a love for jazz and classical before venturing into more mainstream/underground artists such as Jimi Hendrix, Portishead, Tricky and Bjork. Advanced £10 tickets are on sale with a limited release of £8 early birds up for grabs.

All Years Leaving festival returns to the Hare & Hounds this October for two days of live music courtesy of This Is Tmrw. Friday’s line up include headliners Eagulls and Cheatahs, God Damn, Menace Beach, Bad Breeding & Sunshine Frisbee Laser Beam whilst Saturday sees Hookworms, The Voyeurs, Victories at Sea, Echo Lake, Theo Verney and Table Scraps all perform. The festival will also feature street food, a pop up bar, live art and loads more to keep you occupied. Day tickets are priced at £13.50 and can be purchased here: Friday / Saturday while a weekend pass is £25 and can be purchased.

We’re delighted to announce that The Catapult Club will be hosting free entry gigs every Friday at the Bull’s Head. Each week you can expect to catch three of the midlands finest live acts in our upstairs gig space all for free. There will also be a selection of drink offers which will Include cans of Red Stripe £2.50 & bottles of house wine £8. The opening night will see The Chinese Burn Society, The Dollcanoes & Great Uncles take to the main stage.

Midnight Magpie, a newly established Birmingham band, is launching their first EP, “Mice in the Walls”. Midnight Magpie is more than your usual set up. Unprotected sax, smooth clarinet, and jazz piano float dexterously over their grooving bass lines and unexpected rhythms. They fuse this with electronic sounds, melancholic vocals, and guitar that range from acoustic finger-picking to screaming electric solos, in an experimental mixture of styles. These elements blend to create a totally new deviant genre of music unique to them. And yet, no song is the same as the next. Advanced tickets are just £3.

Dead Pixels will be back again with another thumb bashing, beginners luck, competitive rowdiness, complete with friendly fighting talk from the usual Dead Pixels crew. This time it’ll come fully loaded with even more MegaDrive and Mastersystem fun with BIG screen madness. The usual funky sounds will be supplied by DJ Jekyll and there will be live art from LISKBOT. It all kicks off at 8pm and is free entry all night long.

Bella Union’s MONEY comprise of Jamie Lee, Charlie Cocksedge, Billy Byron and Scott Beaman and embody the passion, creativity and optimism of a new generation of artists and musicians hailing from Manchester. The band embark on a short three date run of intimate shows in October where they’ll be premiering some new material before going on to support Wild Beasts as part of Liverpool music week. Advanced £5 tickets are on sale now.