The Clause – Cruella – out October 8 by public demand! 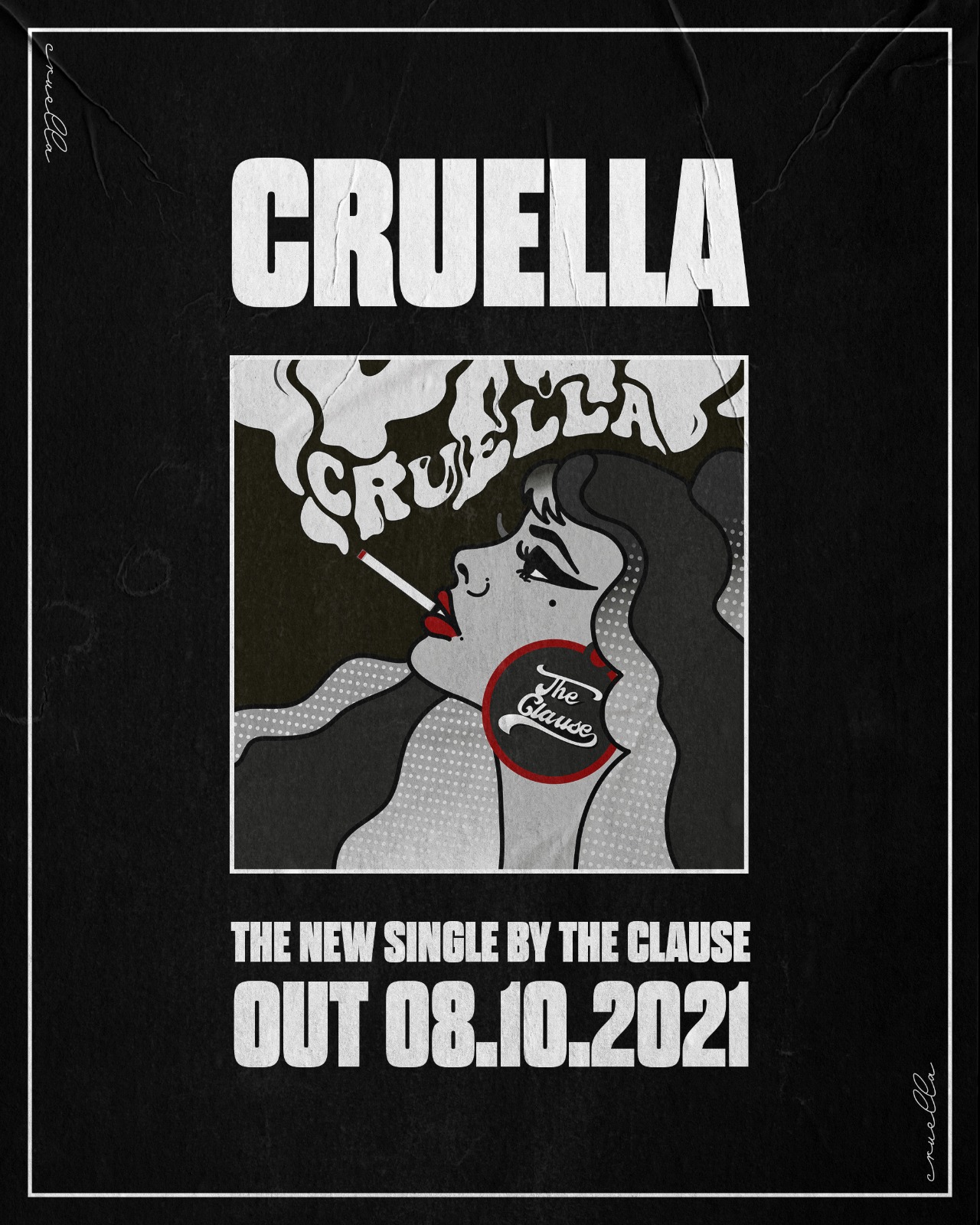 The mighty Clause return with retro rock monster Cruella, a song tipping its hat to a hypothetical heroine with a hold on whoever she meets.

Birmingham’s finest purveyors of classic rock-inspired anthems have been tearing it up on stages across the UK, winning HUGE audience reactions from Neighbourhood Festival – they had the biggest crowd of the weekend on that stage– to Golden Touch, Scotts Football Fest to Camper Calling and Isle Of Wight, where they won legions of new fans.

They have been voyaging on the concrete seas with The Pigeon Detectives, thrilling crowds and indeed the headliners. Pigeons frontman Matt Bowman posted: “This is the most excited I’ve been about a new band in years. I’ve listened to their tunes non-stop and watched them play every single night on tour. The Clause are the real deal – go check them out.”

Cruella has been one of the biggest tunes of the recent shows and with so many fans each night asking how they could get their hands on it, we had to oblige.

Guitar maestro Liam Deakin whipped up this epic before frontman Pearce Macca was inspired by the idea of a modern woman in total control of her world, penning the lyrics.

It’s a bit of a Richards and Jagger vibe on this one. We were in the studio I had Kanye’s Black Skinhead drum loop stuck in my head.

This song is about a powerful woman, in complete control, she’d even ‘put Cruella De Vill to shame.

With a heavyweight press and marketing campaign planned as they build towards a HUGE collaboration in January, and imminent supports for The Snuts, Tom Clarke and Slow Readers Club, the time of The Clause is upon us.

The Clause release Cruella on October 8

For interview requests, more info or to check the band out live, contact Mickey at Dirt Comms – mickeymcmonagle@gmail.com / 07818 013 798